The Worst (and Best) Advice to Triumph over Creative Block

I've written snippets here and there about my struggles with beader's block and writer's block. I've been having a bit of both lately, which I'll just call "creative block". Part of it is that I've been hugely busy lately - keeping up with the yard, then catching back up on the housework I've skipped to focus on the yard. Plus, the kiddo just turned two years old, and her personal schedule is changing again, meaning that her nap-times are unpredictable and her awake-times are very demanding of my time and energy. I had another week of poor sleep, and have been catching up on that, too. To summarize, I don't juggle tasks very well, and I don't deal with transitional phases very well, either. I do best when I can pick one thing to do and can just sit down and do it; lately, that thing has not been writing or creating, and I've fallen out of "the zone". 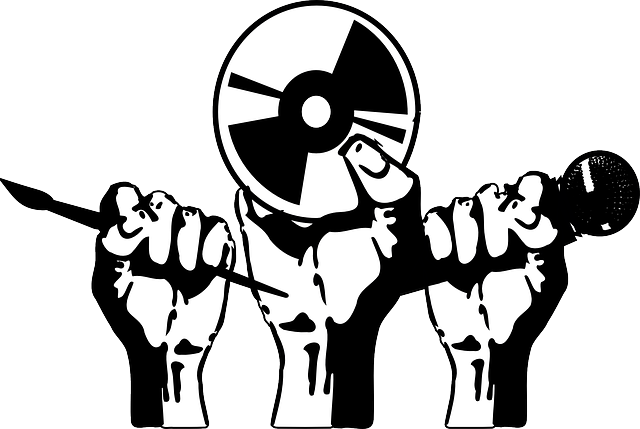 When I'm ready to re-enter the zone, I'll sometimes look around for advice on how to pick it back up again. Without further ado, here is the worst advice I've heard or seen, followed by the best advice. (Disclaimer: Obviously, words like "best" and "worst" are subjective. Your mileage may vary, and something that I've labeled as bad advice for me may work like gangbusters for you.)


Bad Advice: Do Something Else for a While, Then Come Back

My problem with this is not the general idea, but that it simply doesn't work for me, specifically in creative areas. It's great for, say, a math test - if you're stuck, move on and come back to it! That works just fine for me. For creative endeavors, however, I often get stuck because I did something else for a while. Doing something else for a while, therefore, makes my rut grow larger, and it becomes harder to climb out of it.


Better Advice: Show Up and Do It

Want to make or write something? Schedule time to do so, even if you have no idea where to start. Once it's time, make like the Nike commercial and "Just Do It"! Start slapping words or beads or paints or what-have-you together until you have something, even if the end result is unappealing or just plain ugly. There will be something there that speaks to you, something that you can work with and that will inspire something that you like. Alternatively, grab a tutorial off of Pinterest (I'm not the only tutorial hoarder out there, I know it!), doesn't matter which one, and make it. It may feel like you're just going through the motions, or that you're putting head down like a bull and charging through that brick wall that is creative block and smashing that thing to bits. Whether you're demolishing the wall or merely dismantling it brick by brick, it'll get easier as you stick with it, and eventually, you'll be out of your creative rut.

This goes along with other meaningless platitudes like "just be happy!" and "boredom's just a state of mind!" It's not that simple. Creative block has many different causes, and while you can take steps to avoid some of them, I'd be very surprised if there were a way to avoid all of them, all at once.


Best Advice: Find the Root of Your Block, and Pull it Out

Like I just said, creative block has many causes. For me, it's often an insecurity/fear of failure, or that I've fallen out of the habit of creating or writing, or that I have too many distractions. Figure out what's blocking you, then fix it. Too many distractions? Eliminate the distractions. Fallen out of the habit? Get back into it! (I've detailed this process in the "Show Up and Do It" section above.) Scared that what you'll make won't be good enough? Make it anyway; face that fear! Take a walk, remove yourself from your surroundings, and sometimes that's enough to just dissolve the block. Listen to music, do some dancing (even if it's just in your own living room), get outside and take nature photos. Pretend that R. Lee Ermey is your very own personal creative trainer, yelling encouragement at you in your head. Pull an Oblique Strategies card and think about it for a while. Just keep trying 'til you find something that dissolves whichever block you have at the time.

I hope you've found something of use in here. It sure helped me kick down another brick in my writer's block wall! :) If you have another strategy that works for you (even if it only worked once), please share it in the comments!
Posted by Carly (bokbok jewelry) at 3:01 PM